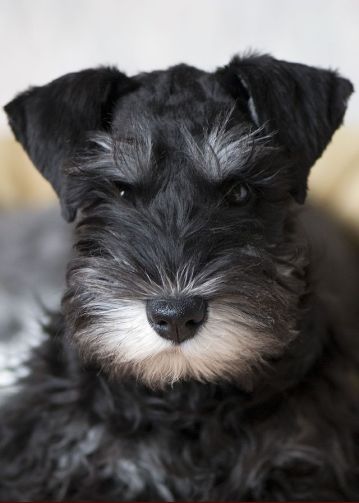 A colony of dogs has been maintained at Queen’s since 1981 for use in hemophilia research (miniature schnauzers, spaniels and beagles). This ongoing research project is instructive for thinking about the ethics of using animals for biomedical research to benefit humans, and the need for genuine public oversight.

Hemophilia is a rare blood clotting disorder, affecting approximately 3000 Canadians. Current treatment, which is highly effective, is to replace the missing clotting factor either on an as-needs basis if a bleed occurs, or as part of ongoing prophylactic treatment (self-injection with the deficient clotting factor 3 times per week). The standard treatment has improved significantly in recent decades, and most people with hemophilia can now live a normal life span, with excellent quality of life, although a minority of patients develop inhibitors (a rejection response to clotting factor) making their treatment more complex.

The Queen’s colony includes dogs purpose-bred to have hemophilia, as well as non-diseased dogs to serve as research controls, or as blood donors for the hemophilia dogs who need regular transfusions. As noted in this article, these dogs are used for experiments over and over again, into old age. Dogs in other hemophilia research colonies, like University of North Carolina at Chapel Hill, at least have outdoor runs, and access to a one acre outdoor play area. Not so for the Queen’s dogs who spend their entire lives in the lab.

Originally the Queen’s dogs were used to refine the standard infusion treatments for humans with hemophilia, and to study the problem of inhibitors. More recently, however, the dogs have been used for to explore gene transfer techniques as a possible treatment for hemophilia A (the common form of the disease which accounts for approximately 80% of cases). Here is the pubmed link to a 2014 gene therapy study conducted at Queen’s.

Katherine Ponder, a US hemophilia researcher, calls hemophilia gene transfer therapy “the holy grail” for gene therapy research. Gene therapy research, launched with great hoopla in the 1990s, has led to years of disappointment in clinical trials, including deaths, and serious complications like cancer (despite showing ‘promise’ in animal models). To date, not a single gene therapy has won FDA approval (although a potential leukemia treatment is under consideration). There is growing recognition that gene therapy, to succeed at all, will probably require crafting individual therapies on a case by case basis because of the unique ways in which transfers behave in each individual body. Needless to say, this kind of therapy, if successful, will be astronomically expensive.

Many researchers think that hemophilia provides a model case for proving the efficacy of gene transfer technology, because the disease is single gene specific. Hemophilia B, the less common form of the disease (approx. 20% of cases), has been the primary target of research so far because the gene for the missing blood clotting factor (factor IX) is easier to manipulate and less likely to be rejected than factor VIII (the missing factor in hemophilia A).

Indeed, a potential gene transfer technology for hemophilia B is undergoing clinical trials in the UK and elsewhere. But gene therapy poses many challenges, even in the so-called ‘model’ case of hemophilia B. Side effects for animal research subjects have included inflammation, immune rejection, and cancer. For this reason, conducting human clinical trials for hemophilia is very controversial. People with hemophilia who live in high income countries already have access to effective treatment, and therefore do not receive benefit from signing on for trials which require them to give up an effective treatment in order to test a risky alternative (or to be assigned to a control group without any treatment).

For this reason, clinical trials have been trying to recruit subjects in low income countries where individuals do not have good access to effective treatment. Dr. Jonathan Kimmelman (Biomedical Ethics Unit, McGill University), here, and Dr. P.L.F. Giangrande (Oxford Haemophilia Centre), here, cast doubt on the ethics of human clinical trials for hemophilia gene therapy. It is unethical to subject individuals to risky research rather than giving them access to already-existing effective treatment, and it is unethical to recruit research subjects from regions of the world in which the therapy, should it succeed, will be no more available than the existing effective treatment is. If gene therapy is to be explored, it should be for diseases such as cystic fibrosis and muscular dystrophy for which there is no effective treatment, and which could therefore provide potential benefit to research participants.

A second question arises around the fact that Queen’s gene therapy research targets hemophilia A. If gene transfer therapy for hemophilia B, widely considered the ‘model disease’, is unproven, why is Queen’s doing research on hemophilia A? Why not wait to see if the so-called ‘model’ case works, before tackling the harder case? Could it be that Queen’s just happens to have hemophilia A dogs to hand?

Let’s think about those dogs, spending their entire lives in labs, used for one experiment after another, subject to constant blood testing, and transfusion, and the many risks (e.g. inflammation, immune rejection, cancer, death) of experimental genetic manipulation. Most Canadians, if they think at all about the animals in research labs, assume that the animals are given the best life possible in the circumstances, that they are only being used because it is absolutely essential for tackling devastating human diseases, and that research priority decisions are made in a financially responsible manner.

It’s not clear that research on gene transfer technology in dogs with hemophilia A meets any of these tests. Clearly, compared to the dogs at UNC Chapel Hill, the dogs at Queen’s aren’t provided with anything like the best quality of life possible. Not only could they have much better living conditions, they could also be retired at a certain age, and released into loving and adoptive homes rather than being used for experiments right up to the edge of the grave.

Given the rarity of hemophilia, and the fact that effective treatment is already available, it’s not clear that it is an appropriate priority for risky and expensive gene therapy experimentation. This is especially the case if there is no ethical way to conduct human clinical trials even if experimental techniques make it to the clinical trial stage.

Even if you are unsure about whether animal research is ever justified, this kind of case suggests that we can’t simply let researchers mind the store. There must be intense public scrutiny and discussion of research priorities and practices when the fate of vulnerable and non-consenting individuals is at stake.

This case also raises questions about the existing system of ethical review of animal research at Queen’s University. The University Animal Care Committee is supposed to review all protocols to ensure they meet ethical standards. In reality, we know that several ethically dubious experiments have been approved by the UACC. (For example, a recent article by Professor of Neurology Lawrence Hansen identifies experiments on neural control of visual tracking in monkeys, similar to studies at Queen’s, as a particularly egregious example of unethical research.) Since the University refuses to disclose the deliberations of the UACC, we have no way of knowing to what extent committee members in fact engaged in any sort of ethical analysis of the hemophilia research protocols. Did they even consider the ethical objections to clinical trials of hemophilia gene therapy before approving the research on dogs? Did they consider that animal welfare of hemophilia dog colonies at Queen’s is far below that of other universities engaged in similar research? We simply don’t know. What we do know is that the director of research ethics at Queen’s is himself a credited co-author of the hemophilia dog study. Talk about the fox guarding the hen house.

One thought on “Dogs and Hemophilia Research at Queen’s”