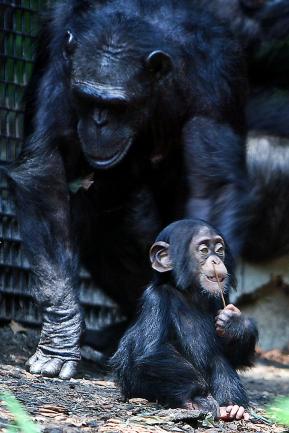 In 2013, the National Institute of Health vowed to stop breeding additional chimps for biomedical testing and agreed to re-home all but 50 of their current test subjects. However, some scientists argue for continued testing on chimps, not necessarily for any benefits to human, but for the sake of chimpanzees themselves. For instance, diseases like Ebola affect humans and chimps alike and according to Dr. Peter Walsh, “‘In the last 30 years, [it] has killed about a third of the world’s gorillas, and thousands of chimps, … If we don’t do something about this now, these animals are going to go extinct in the wild.'”

However, others, like Steve Ross argue that “‘If you develop a captive population, test your vaccine and the result is a vaccine that cannot be administered to wild populations and therefore doesn’t save a single chimpanzee, we’ll have done a tremendous disservice to chimpanzees as a whole.'”

Although Dr. Walsh’s proposal is problematic for various reasons, it raises interesting questions about the correct response to declining wild chimpanzee populations. If part of the justification for halting biomedical testing on captive chimpanzees was because they are *”like us”* in some morally relevant way, then is there a duty to find cures for wild apes like we do for humans?

*Note: this is not necessarily meant to support the “they are like us” argument!