There are two upcoming talks this week on animal ethics at Queen’s University, both by post-doctorate Angela Martin from Centre for Research in Ethics from University of Montréal (CRÉ).

Anti-speciesism requires, amongst other things, equal consideration of equal interests, regardless of species membership. Currently, we live in a society that often does not give equal weight to the interests of animals. Most animal groups are at high risk of having their interests unjustly considered by moral agents due to speciesist prejudices. In my talk, I address the question of whether, in order to remedy these discriminations, animals currently have a claim for more than equal consideration, that is, for affirmative action. In the first part of my talk, I make some distinctions about the notions of discrimination and affirmative action. Then I show that any animal groups – amongst others, farm animals, laboratory animals, and wild animals – currently do not have their most basic interests justly considered by moral agents due to speciesist prejudices. In the third part of my talk, I argue that, in order to remedy these injustices, animals have a claim for affirmative action. I outline what this means in practice, and defend my position against potential objections.

The Animals in Philosophy, Politics, Law and Ethics research cluster will host a discussion on one of Angela Martin’s papers titled “Animals as Vulnerable Research Subjects”.

It is commonly accepted that particularly vulnerable research individuals and populations in medical research should be afforded special protection and attention. Recently, it was argued by some authors that laboratory animals can and should also be identified as vulnerable research subjects. In consequence, they should benefit from similar protections as vulnerable humans in research. In this article, I discuss whether the concept of vulnerability can indeed be meaningfully applied to research animals, and if yes, what it implies from an ethical point of view for animal research.

If you wish to attend, please note that reading the paper is required for participating at this event. Please contact cliffehanger[at]sympatico[dot]ca to receive it. 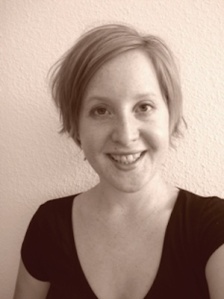 Angela Martin is currently a postdoctoral fellow at the Centre for Research in Ethics at the University of Montreal. She received her PhD in Philosophy from the University of Geneva, and has written extensively on the idea of vulnerability in bioethics, and its implications for animals.